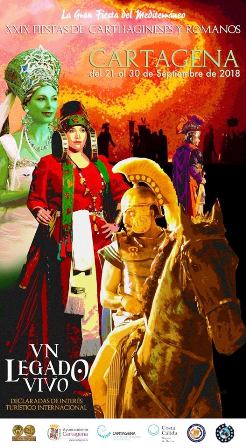 At 9pm the Carthaginian army disembark from there ships in the port and mercenaries are hired so that Hannibal can start his march to Rome.

Again there will be lots going on at the camp so from 7pm, eat drink and enjoy the atmosphere.

At midnight there will be a concert by the Elephant Band at area 41 which is the Troops of Hannibal camp.

At half past midnight there is a concert by Filiu y Cia at area Reino de Tartessos, area 3

At 1am in the Carthagonova Village there is a twerking contest. I have no idea what that entails.