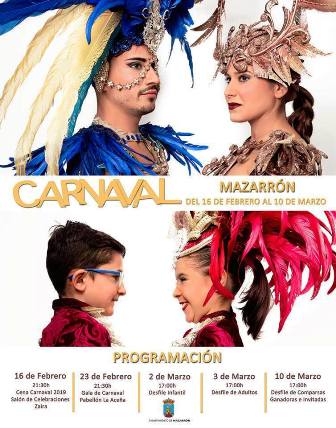 This is perhaps one of the carnaval parade in Mazarrón as it features the groups from around the región who won first prize in their individual local carnavals.

The start time has now been confirmed as 5pm.

If the route is also the same as the 2018 one, it should start at the Jardín de La Paz (at the top end of the Avenida de La Constitución, then go along the Calle La Via, then cut through the middle streets, to finish near the Repsol fuel station.